The second busiest U.S. port has teamed up with SCE to improve efficiency and air quality.
By Paul Klein
Subscribe

In 2012, the Port of Long Beach saw a dramatic decrease in pollutants compared to 2005 — sulfur oxides were down by 88 percent and greenhouses gases saw a 24 percent drop — all due to an expansion of the port’s electrical infrastructure. Working alongside Southern California Edison and the South Coast Air Quality Management District, the port has increased its energy efficiency and improved the air quality in the surrounding areas.

To help make this happen, SCE redesigned electrical lines into and throughout the Long Beach Port and designed and built new substations to ensure a reliable power grid for the port, said Ed Kjaer, director of SCE’s transportation electrification program.

“In order to electrify the port, SCE designed and built new infrastructure that supports the port’s electrification,” he said. “The port’s massive equipment, towering gantry cranes that lift large containers off the ships and onto trucks, is now powered by clean electricity.”

Completed last year, the utility installed two miles of electrical cable and a dedicated circuit for a major cruise line where its ships can now “plug in.” SCE is in the process of installing three miles of circuitry at the port’s Pier E to provide on-shore power to that location.

With about 20 percent of all the containerized goods that move through the U.S. coming through the port, Long Beach is using electricity to dramatically reduce pollution associated with the off-loading of large containerized cargo ships and the more than 6 million, 20-foot container units handled at the port each year.

In fact, current electrification at the port is enough to power about 5,000 homes, and has resulted in making one of the nation’s largest ports, one of the cleanest in the U.S.

“The Port of Long Beach is committed to reducing air quality impacts associated with goods movement,” said Al Moro, the Port of Long Beach’s acting executive director. “The port has invested $185 million in the landside infrastructure to outfit its berths with shore power capabilities, with the shipping lines investing millions of dollars more in the shipside improvements.”

Historically, ships at port have been a prime source of pollution as they are required to idle their engines, using diesel or bunker fuel to supply energy for off-loading cargo. Now, the port has developed 16 shore power berths where ships can use electricity for all their operational needs — lights, pumps, communications, refrigeration — with a significant reduction in air pollution.

According to the port, plugging in one container ship during off- or on-loading operation for one day results in an air quality benefit equal to removing more than 44,000 cars from the roads. The air quality district has provided $30 million to help fund the shore-side power projects at the Long Beach Port.

“These projects will substantially reduce diesel emissions from ships calling at the port,” said Barry Wallerstein, South Coast Air Quality Management District executive director. “This clean, zero-emission technology is important to the health of all Southland residents, especially those living in communities near the port.” 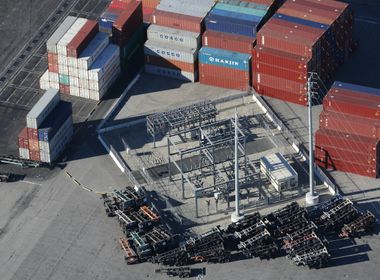 It took more than four years to install the needed infrastructure to transform the Long Beach Port’s Middle Harbor, but it is now set to become the most technically advanced shipping terminal in the nation. The major West Coast shipping facility will...
View Story 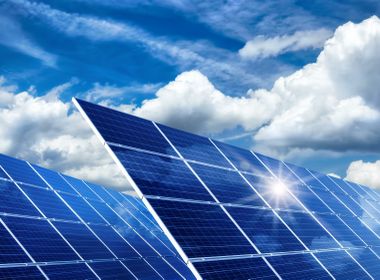 In 1998, Southern California Edison received two applications to connect solar panels atop homes to the electric system. Last year, nearly 34,000 applications were submitted and interest is on a pace this year to...
View Story
View Comments
Leave a Comment