June is one of four months comprised of 30 days, ends on the same day of the week as March every year and has the longest daylight hours in the Northern Hemisphere.

But for Southern California Edison and public safety experts, June has an additional, more foreboding meaning. It is traditionally the peak month for power outages caused by metallic balloons. This is almost certainly because of releases during its celebrations, notably graduations, weddings and Father’s Day.

There is nothing to celebrate, however, for the hundreds of thousands of people and businesses affected annually when the released balloons subsequently end up in power lines. SCE has experienced an average of 132 balloon-related outages in June over the last five years, with only May’s average of 112 outages coming close.

More hazardously, the balloons can explode in power lines and bring them down (which happened 111 times last year), potentially leading to serious injuries and property damage.

With SCE launching a “Stay Aware. Stay Safe.” campaign to raise awareness about the dangers of released metallic balloons, follow these tips to avoid the disruptions and risks created by the popular gifts: 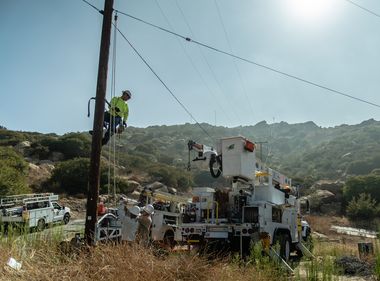 Call or Text 211 for Emergency Support During PSPS Events

Electricity is an essential need for any home or business owner, powering everything from refrigerators to medical devices. Public Safety Power Shutoffs (PSPS), though ...
View Story 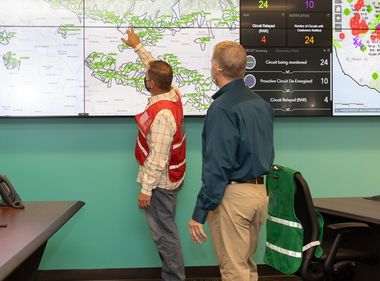 SCE Enhances Its Response to Outages and Disasters

As Don Daigler surveys Southern California Edison’s recently overhauled Emergency Operations Center, he is reminded of the challenges involved in managing a wide range of crises and disasters that made the critical enhancements necessary. ...
View Story 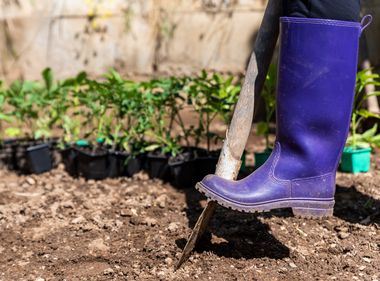 Before Digging Anything, Call 811

If you get in a hole, proverbial or otherwise, you can usually dig yourself out. But, if you start a digging project without calling 811 like over 11 million U.S. homeowners yearly, it could be much more daunting, not to mention extremely unsafe. ...
View Story
View Comments
Leave a Comment
Comments