With crews at the ready in Southern California, 15 crews head north to Santa Rosa in mutual assistance effort.
By Caroline Aoyagi-Stom @SCE_CarolineA
Subscribe 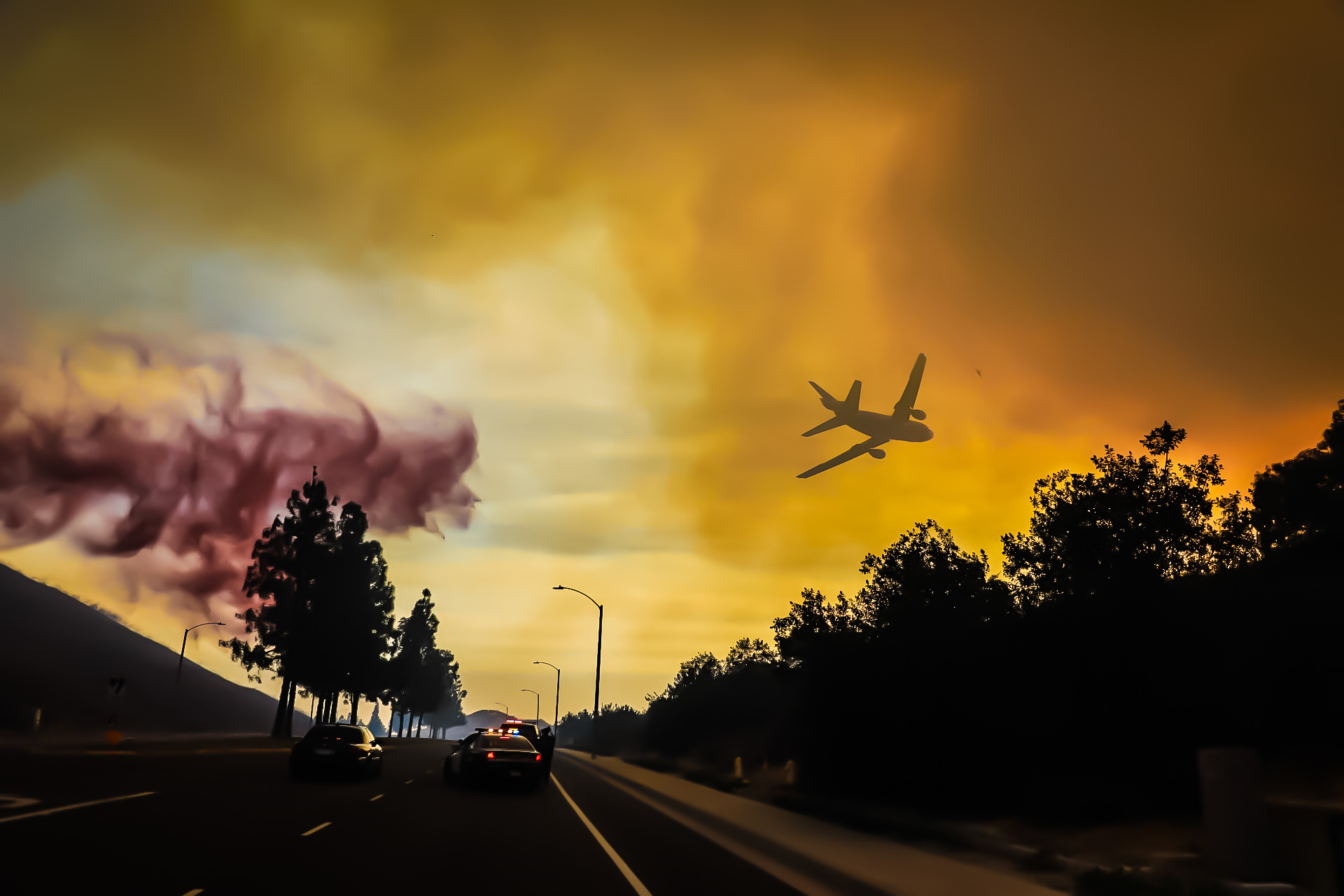 The Canyon Fire 2 has so far scorched more than 9,200 acres in the Anaheim area.      PHOTO: TROY WHITMAN

As firefighters gain control of the 9,200-acre-plus wildfire in Anaheim, first responders up north are just beginning to contain wildfires in Santa Rosa and Napa that have so far scorched 170,000 acres with 31 confirmed dead.

October’s Santa Ana winds have fueled dozens of statewide wildfires and weather forecasts are warning that more are coming in this weekend.

“We have an elevated fire risk here in Southern California until Monday afternoon and will be monitoring all of our service territory, especially for Santa Ana winds,” said Scott Brown, Southern California Edison Fire Management officer from the Canyon Fire 2.

Red flag warnings have been issued for Santa Barbara, Los Angeles and Ventura counties through the weekend and Southern California residents are encouraged to be on alert for increased fire danger.

“Always have a ready, set, go plan in case of evacuations. Remember medications and important documents in case your evacuation is extended,” said Brown.

Firefighters cleared SCE crews to begin making repairs Thursday in damaged areas of Anaheim. The eight crews are replacing 31 damaged poles and associated conductors. They also hot washed two 220-kV towers and the 500 kV to remove soot and dirt that had accumulated on the equipment.

A damaged power pole during the Canyon Fire 2 in Anaheim.        PHOTO: TODD TATE

"Our crews are out right now digging holes and framing poles,” said Troy Whitman, SCE fire officer. “They are dealing with steep, rugged terrain with hot temperatures and dry conditions.”

Repairs for the affected areas in Anaheim are scheduled to be completed by Saturday evening.

With the Canyon Fire 2 now contained at 65 percent, Whitman is heading north to Santa Rosa, part of an SCE mutual assistance effort to aid utility PG&E as it works to restore power to its customers. As of Friday morning, PG&E is reporting 34,000 customers out in the Napa and Sonoma areas due to the wildfires.

Fifteen SCE crews will head up north to begin restoration efforts this weekend. They will need to use dust masks and eye protection to deal with the smoke-filled air as they help replace damaged poles and restring wires.

They also realize they are dealing with historic California wildfires that have destroyed 3,500 structures and forced 25,000 people to flee their homes. In addition to the 31 confirmed dead, hundreds of people are still missing. What was once rolling hills and green vineyards in the Napa Valley area have been reduced to smoldering stretches of ash and smoke. 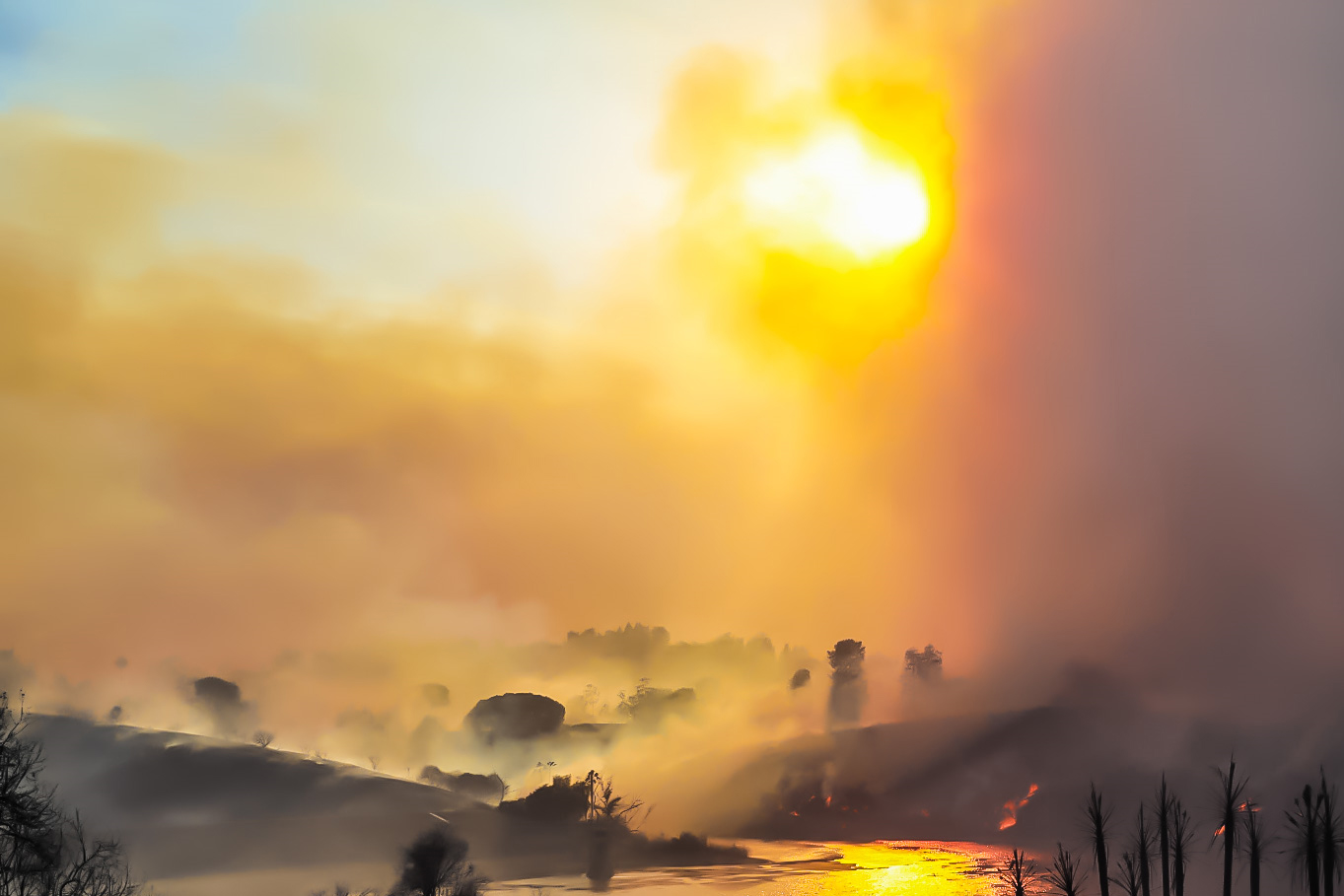 The Canyon Fire 2 has so far scorched more than 9,200 acres in the Anaheim area.     PHOTO: TROY WHITMAN

“Some of these people have lost everything, and we want to be really cognizant of that,” said Scot Stueland, SCE Desert Region manager, who is leading the mutual assistance efforts. “We want to support them and help them.”

“We’re happy to send our crews and we will get this done safely and efficiently,” he said. “During disasters, it’s important that all utilities help each other out.”

As a few crews make their way up north, SCE’s contingent of crews remain on alert in Southern California as Santa Ana winds could wreak more havoc in fire-prone areas.

“Our crews are at the ready throughout our service territory and we are closely monitoring the weather,” said Stueland. “Our No. 1 priority is our customers.