Woodchippers aid in the disposal of dry or dead vegetation throughout the community, which can act as fuel for wildfires.
A fire break creates a buffer zone between dry vegetation and the exterior of a home, helping to prevent potential brush fires from igniting a house fire.
Stories : Safety

The Central Ventura County Fire Safe Council is using grassroots techniques to protect the community of Piru from the threat of wildfires.
Download Photos Download All 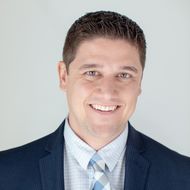 Elaine Himelfarb has been a firsthand witness to the devastating effects of wildfires. She and her daughter lost their home to the Woolsey Fire in 2018, as did her mother who lost her small farm in the same fire.

Channeling her emotions into productivity, Himelfarb changed careers in response to the loss, making a switch from the healthcare industry to public service and becoming the executive director of the Central Ventura County Fire Safe Council.

Partnering with the Ventura County Fire Department and other public and private agencies, the Central Ventura County Fire Safe Council makes use of grant funding to identify high fire risk areas in Ventura County like Piru while implementing innovative strategies to fortify these communities against the threat of wildfires.

“Southern California Edison has given us grants every year, and that sustainable support is critical to a grassroots organization like ours,” said Himelfarb.

The organization is currently using $15,000 in 2020 funding from SCE to pilot new programs that focus on offering wildfire preparedness services to the Spanish-speaking community in Piru. It was again awarded $15,000 in funding this year and $60,000 total since 2013.

"The positive impact the Central Ventura County Fire Safe Council has had on the region’s preparedness efforts cannot be overstated," said Rudy Gonzales, SCE’s Government Relations manager to the Northwest Region, including Ventura County. “The community-centric approach they have utilized has created a level of organic engagement that cannot be realized without the dedication they’ve continued to demonstrate in the region.”

“The community approach creates an environment where messages about home hardening, wildfire safety and prevention are more well-received because they come from someone the community knows and trusts,” said Himelfarb.

The positive impact the Central Ventura County Fire Safe Council has had on the region’s preparedness efforts cannot be overstated. The community-centric approach they have utilized has created a level of organic engagement that cannot be realized without the dedication they’ve continued to demonstrate in the region.”

The regional fire council has also secured the services of a Spanish-speaking Ventura County firefighter to provide a community wildfire prevention workshop based on the Ready, Set, Go program. The introductory training for farmworkers will also include a follow-up three days later, with individualized education and resource support.

In another program, the Central Ventura County Fire Safe Council is offering a free Home Ignition Zone (home hardening) Assessment, where a trained professional will visit the home of community members to identify fire risks and explain how to mitigate them. This can include anything from clearing the home’s eaves of dead vegetation to establishing a buffer zone around the property by removing dry vegetation or other items that could catch fire.

“Most people don’t know that the roof has the greatest exposure to fire embers and that vents can allow embers to enter the home,” said Himelfarb. “Certainly, this community had not yet received those messages. But they are now. They’re listening and they’re taking action. And it’s making a difference.” 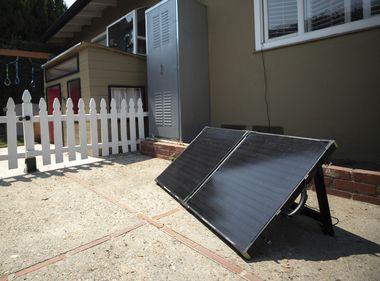 All Californians need to be prepared for potential outages, especially those who rely on electricity for medical devices and equipment and live in a high fire risk area. ...
View Story
View Comments
Leave a Comment
Comments