An Inspirational and Rewarding Journey 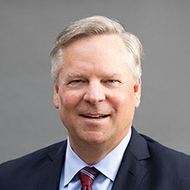 After 35 years on the Southern California Edison team, I have decided to retire effective Dec. 1. Words cannot express how grateful I am for the opportunity to spend most of my career at this great company and for what I have learned on this inspirational and rewarding journey.

When I joined Edison as a mechanical engineer in 1986, it was the company’s 100th anniversary. It was a proud company with a storied history of bringing electric service to much of Southern California. As a young engineer, I was drawn to the company’s innovations and the massive scale of the challenges it had taken on.

Prior to joining the company as an employee, I spent a year at the San Onofre Nuclear Generating Station (SONGS) during its startup period. After joining the Edison team, my first field trip was to the Eastwood Powerhouse, a 200 MW pumped hydro storage facility in the Sierra Nevada mountains that was still under construction. There I walked from Shaver Lake thousands of feet into the heart of a solid granite mountain through tunnels that would soon be filled with the hardest working water in the world. I would also visit Solar One, the world’s first test of thermal solar power tower technology, and it was becoming clear to me that this electric utility had an uncommon vision for the future of energy.

As I pass the baton now to an incredibly talented leadership team, I am filled with gratitude for my association with this company, the customers and communities we serve, the many people who have supported and challenged me along the way, and the leaders here at Edison and across California who have the courage to adopt an uncommon vision."

There would be many more impressive projects to see, and some to take part in. Although these accomplishments attracted me to Edison initially, the reason I stayed for 35 years was the people. I quickly learned that whatever the challenges or opportunities, the people of Edison would rise to meet them. There was no project too difficult, no storm too fierce, no technology too complex. I knew I wanted to be a part of this team, and this future.

In my time with Edison, the transformation of the company, and the industry, has accelerated. It began with California’s transition to competitive generation markets, followed by its commitment to increasing renewable energy supplies. These changes meant new challenges for the people of Edison, but it did not change their dedication to serving our customers and helping California meet its energy goals. Hundreds of miles of new transmission lines were built, thousands of MWs of new renewable power were interconnected, the grid was reinforced for reliability, and industry leading energy-efficiency programs helped customers save energy and money.

The effects of climate change are already upon us, as evidenced by the extreme weather and wildfires we now experience every year. Transforming the energy system while battling these impacts to keep our communities safe may be the biggest test we have faced as a company in our 135 years. But I can assure you that the Edison team will take on this challenge and see it through to the end. It is simply who we are, and I couldn’t be more proud to have spent most of my career as part of this team.

As I pass the baton now to an incredibly talented leadership team, I am filled with gratitude for my association with this company, the customers and communities we serve, the many people who have supported and challenged me along the way, and the leaders here at Edison and across California who have the courage to adopt an uncommon vision.